There’s a little secret I discovered on my first trip to Ireland some 18 years ago.

It’s that nothing beats sitting inside a neighborhood pub in front of a crackling peat fire on a rainy evening sipping a freshly-pulled pint of stout or ale while listening to local musicians play their hearts out.

Luckily it’s a pleasure I’ve experienced many times since.

One of brews I latched onto during those early days is a red ale called Smithwick’s. It’s since become widely available in the U.S., so I usually make sure I have a few bottles on hand at home. 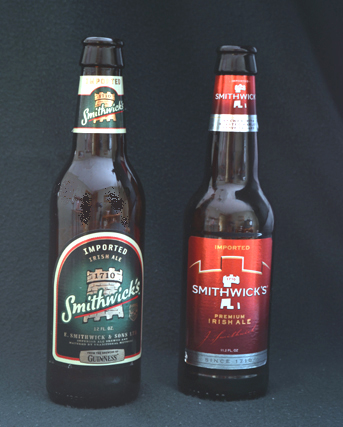 been sampling a wee too much of their own medicine.

Standing in front of the display case at the beer store, I scanned back and forth looking for the familiar green, gold and red label. Nothing.

Then it caught my eye – a nondescript red box with the Smithwick’s name barely visible.

At first I thought they had introduced a new style of beer. But it turned out that it was the old stuff in a new wrapper.

Not that there’s nothing wrong with that. Brands periodically update their logos and packaging designs.

Here’s the kicker: When I took a bottle out of the box, I saw that the serving size is now 11.2 ounces instead of the usual 12.

The nerve. I felt betrayed by their hiding the smaller serving size behind a brand remake!

But then I realized that there was a bigger communication lesson to be had. Namely, the importance of considering the customer’s point of view when creating communications.

Here are a few example trends that show what I mean…

The bottom line: Whether you’re a creating a content plan, designing a new marketing campaign, or updating your brand, things go smoother if you start with this simple, basic question, “How will this change better serve our customers and buyers?”

Because you don’t want to end up crying in your beer.